The idea is that diagnostic criteria for mental illnesses are neither static nor universal. They change with time and by culture. By applying the DSM globally, the United States is influencing how ... Read full review

CRAZY LIKE US: The Globalization of the American Psyche

Americans may not be any more deranged than anyone else on the planet—but, says pop social scientist Watters (Urban Tribes: A Generation Redefines Friendship, Family, and Commitment, 2003, etc.), we ... Read full review

Ethan Watters is a freelance journalist whose work has appeared in The New York Times Magazine, Discover, Men’s Journal, Spin, Details, and Wired. A frequent contributor to National Public Radio, Watters’ work has been featured in the 2007 and 2008 editions of Best American Science and Nature Writing. He co-founded the San Francisco Writers’ Grotto, a work space for local artists. He lives in San Francisco with his wife and children. 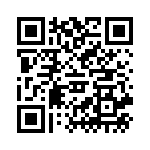