Dr Douglas Boin is Assistant Professor of History at Saint Louis University, Missouri. He is an expert on the religious history of the Roman Empire, particularly as it pertains to the 'pagan', Christian and Jewish world of the ancient Mediterranean. Since 2010 he has taught in the Department of Classics at Georgetown University, Washington DC. His scholarship has appeared in The Journal of Roman Studies and The American Journal of Archaeology and he has authored entries on synagogues and church buildings for the multi-volume reference work The Oxford Encyclopedia of the Greco-Roman World. For ten years, he worked as an archaeologist in Rome, studying the site of a Roman synagogue at Ostia Antica, the harbor town of the empire's capital. He speaks regularly on aspects of late Roman history, archaeology and religion at national and international conferences. 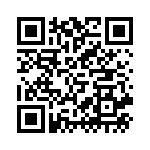