Sir Mo Farah was born in Mogadishu, Somalia in 1983. As a young child he spent time in Djibouti before moving to England at the age of eight. Mo initially struggled with the language barrier, but his PE teacher at Feltham Community College, Alan Watkinson, quickly spotted his potential as a runner and encouraged him to join Borough of Hounslow Athletics Club. After attending St Mary's Endurance Performance and Coaching Centre in Twickenham, Mo became a professional athlete. At the 2012 London Olympic Games he won gold in the 10,000m - Britain's first gold in this event. He followed this up with a stunning victory in the 5000m to become, in the words of Dave Moorcroft, 'the greatest male distance runner that Britain has ever seen.' Mo was appointed CBE in the Honours List in 2013 and in December 2016 he was awarded a knighthood in the Queen's New Year's Honours list. He lives in Portland, Oregon with his wife Tania, and their three daughters Rhianna, Aisha and Amani. 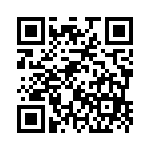