The story of the Holodomor, the great Ukrainian famine of the 1930s, was somewhat familiar to me; it had been covered in my Russian history courses at university in the mid-to-late 1980s. This was ... Read full review

Srark account of one of Stalin's worst crimes - the callously engineered extermination of up to 4 million Ukrainian in 1932-33 by forced starvation. As the author indicates, the Ukraine was a hotbed ... Read full review

Anne Applebaum is a historian and journalist. She is the author of several books, including Gulag- A History, which won the 2004 Pulitzer Prize for non-fiction and the Duff Cooper Prize, and Iron Curtain, which in 2013 won the Duke of Westminster's Medal for Military Literatureand the Cundill Prize in Historical Literature. She is Professor of Practice at the Institute for Global Affairs, LSE and she divides her time between Britain and Poland. 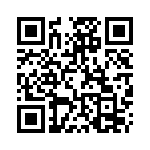