One of the key players in the momentous events of European history, Charles Maurice de Talleyrand-PĂƒÂŻĂ‚ÂżĂ‚Â˝rigord is best known as chief adviser to NapolĂƒÂŻĂ‚ÂżĂ‚Â˝on. He was also instrumental in ... Read full review

David Lawday was born in London, educated in Sussex and at Oxford. A writer and journalist, who was a correspondent for twenty years with The Economist, now based in Paris where his son and daughter grew up and where he lives with his French wife. 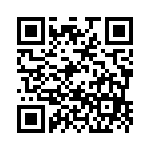