≤ń 6 ≠∂
Even if they attend equal schools and begin at the same age , poor children lack
most of the educational opportunities which are casually available to the middle -
class child . These advantages range from conversation and books in the home ...
≤ń 18 ≠∂
He discovered that any adult can begin to read in a matter of forty hours if the first
words he deciphers are charged with political meaning . Freire trains his teachers
to move into a village and to discover the words which designate current ...
≤ń 25 ≠∂
We could begin by listing the latent functions performed by modern school
systems , such as custodial care , selection , indoctrination , and learning . We
could make a client analysis and verify which of these latent functions render a
service or ...

Ivan Illich doesn°¶t mince words. So far as formal schooling goes, he argues for a society where school is not just out for summer, it°¶s out completely. In Deschooling Society he writes, °ßThe modern ... ĺ\Ň™ĶŻĹ◊•Ģ§Ś

Deschooling Society is a collection of essays based around the author's idea that society might be better off without the formal schooling system that is prevalent in most industrialised countries. He ... ĺ\Ň™ĶŻĹ◊•Ģ§Ś

Psychologist and philosopher Erich Fromm was born in Frankfurt, Germany on March 23, 1900. He received a Ph.D in sociology from the University of Heidelberg in 1922 and finished his psychoanalytical training at the Psychoanalytical Institute in Berlin in 1930. He started his own clinical practice and joined the Frankfurt Institute for Social Research. In 1934, he moved to New York and became a professor at Columbia University. In 1950, he moved to Mexico City and became a professor at the Universidad Nacional Autónoma de Mexico, where he created a psychoanalytic section at the medical school. He retired from there in 1965 and moved to Muralto, Switzerland in 1974. Throughout his life, Fromm maintained a clinical practice and wrote books. His writings were notable for both their social and political commentary and their philosophical and psychological underpinnings. He became known for linking human personality types with socioeconomic and political structures. His most popular book, The Art of Loving, was first published in 1956 and became an international bestseller. He died on March 18, 1980. 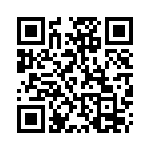