Effectively discusses the debate, or lack of debate, in the on going European Union project. He sheds light on the development of its constitution relative to the US Constitution. Read full review

Larry Siedentop is a faculty lecturer in political thought at the University of Oxford and a fellow of Keble College. He is also the author of Tocqueville. 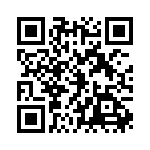