Sidney and Beatrice Webb, English labor historians and social reformers, were a remarkable couple who had a profound influence on the social thought and political institutions of Great Britain. Their work was largely responsible for the popularity of the Fabian socialists and the repeal of the dreaded British poor laws; it also promoted widespread activities on behalf of the British labor movement and inspired key parts of the British Labor party's social program. The Webbs published some 45 books and numerous pamphlets, and founded the influential weekly, New Statesman. Beatrice, born to a wealthy London family with extensive business dealings, saw the Industrial Revolution and its political aftermath as a chapter of her family history. To prepare for an early article describing working-class poverty in London, she took tailoring lessons so that she could pose as a "plain trouser hand" to get a firsthand view of the sweatshop industry of the period. Sidney's concern for the labor movement grew out of his early interest in socialism. The Fabian Society, which he joined, was founded in 1884 and named after the Roman general Quintus Fabius Maximus Cunctator, known as "the delayer" because of his holding tactics. The Fabians believed that socialism would develop in a democratic society by peaceful and evolutionary means rather than by revolution, as predicted by Karl Marx. By the time of their marriage in 1892, Sidney and Beatrice were intensely committed to the study of the trade union movement; they spent part of their honeymoon in Dublin in order to review the records of Irish trade societies. The result of their efforts was the History of Trade Unionism (1894), which virtually marked the beginning of the academic study of labor and industrial relations. It was followed by Industrial Democracy (1897), which portrayed unions as beneficial to the industrial movement because they established minimum working standards that would lead to the eventual well-being of society. Both works provided a history and rationale for the British labor movement---something that had been virtually ignored by academics up to that time. Other books dealt with English local government, the poor laws, the cooperative movement, and a broad range of labor issues. The Webbs believed strongly that facts alone would be sufficient to reveal the truth, and that socialism would evolve if the truth were known. This belief led them to establish the London School of Economics, which has no restrictions on the doctrinal purity of staff or faculty. 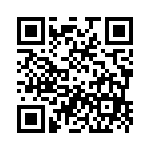