Page 141
The metal-insulator transition in magnetite is also known as the Verwey transition
, because Verwey (1939) first pointed out that above the transition (T, = 119 K)
the electronic charge associated with Fe“ and Fe“ ions in the octahedral B sites is
...
Page 198
For 3d ions, the magnetocrystalline anisotropy results from the interplay of the
crystal field acting on the ion and the spin-orbit coupling. Now Mn“, Fe“, and Co“
are, respectively, 'S, 5D, and 'F ions. The Mn“ ion is not affected by the crystal
field, ...
Page 208
The A ions are surrounded by a distorted octahedron, properly speaking by a
trigonal antiprism, and the B ions by 12 ... (1957) found ferrimagnetic behavior in
the garnet compounds R,Fe5O,2 = Fe2R,Fe,O,2 (R = rare earth ion) and Y,Fe,O,2
. 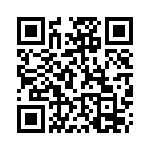