A surprisingly compelling (though flawed) read about the importance of physicality and the body in ancient rhetoric. Hawhee fails to convince that the ancients saw no distinction whatsoever between ... Read full review 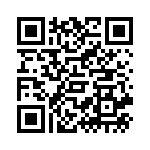