Page 45
Thermodynamic. and. Dynamic. Properties. of. Water. H.-D. Lüdemann 1
Introduction Liquid water is the essential biological solvent for all life processes
occurring in our planetary system. Human existence and most terrestrial life is
confined to ...
Page 358
6 Consequences of Lipid Hydration Lipids and their water of hydration are one
thermodynamic entity. Lipidwater interactions therefore affect the characteristics
of a suspending solvent as well as the structural, dynamic and thermodynamic
lipid ...
Page 432
In principle having AG: as a function of T and P, one may derive all other
thermodynamic quantities by standard ... noted that the solvation thermodynamic
quantities, as defined above, differ from the more conventional standard
thermodynamic ... 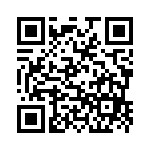