Set in a 1993 rural Ireland of dead cats, IRA splinter groups, dead-eye teenage girls with air rifles and the funniest kind of madness, this is the best play I’ve read in recent memory. Would love to see a production. Read full review

i just wanted to give it 4 stars just because it's not as good as "pillowman"...but it has In Bruges's Violence and it was so funny like other Mcdonagh's stage-plays and screenplays... so i should give it all 5 stars Read full review

Martin McDonagh's first play The Beauty Queen of Leenane was nominated for six Tony awards, of which it won four, and the Laurence Olivier Award. In 2006, Martin McDonagh won an Oscar for his short film Six Shooter, and in 2008 his film In Bruges was a critical and popular hit. 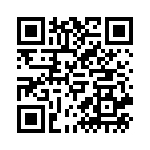