Page 91
Lacking faith , courage and will , “ they have not the gods on their side . ” I have emphasized the dark side of Ibsen in an attempt to differentiate him from the social - problem - ironist of popular conception .
Page 151
Five o'clock on a Thursday afternoon in Ann Arbor , in late October 1941 , a small classroom on the street side of Angell Hall , fourteen or fifteen students in scattered seats , the large windows on the west side of the room beginning ...
Page 165
And it is typical of his opportunism that he has moved — intuitively , one feels — to London , to Eastcheap ... in order , simply , to be on the side of the future . . . He and his tavern companions are quite indifferent , politically ...

Donald Pearce's books include Blake in His Time (with Robert Essick), The Senate Speeches of W. B. Yeats, and Journal of a War. He is Professor of English, emeritus, at the University of California, Santa Barbara. 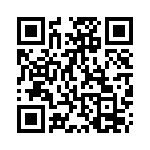