While I did like this book, I can’t say I understand all of the hype about it. It was a decently written mystery/suspense/thriller novel. Maybe that’s the problem, most books in this genre are written ... Read full review

The bones of the story were good but I have to question much of the actual narrative, which was tedious and awkwardly translated. And Lisbeth really bugged me because her character is turned into such ... Read full review

Stieg Larsson was the Editor-in-Chief of the magazine Expo. He was a leading expert on anti-democratic, right-wing extremist organisations. He died in 2004, soon after delivering the text of the novels that make up the Millennium Trilogy. 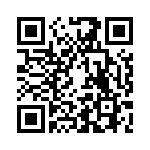