Anna Potter is a senior lecturer in screen and media studies at the University of the Sunshine Coast, Queensland, Australia. Prior to this she worked in commercial television for a number of years. 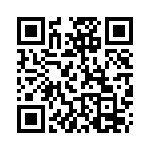