≤ƒ 1 ≠∂
Several miles from a medium - sized city near one of the Great Lakes , there was
a plant that mined gypsum rock , crushed it , mixed it with bonding and foaming
agents , spread it out on a wide sheet of paper , covered it with another sheet , let
...
≤ƒ 2 ≠∂
Apparently , hardly anyone was ever fired from the plant . Even those who left
during the war years to work in defense plants paying much higher wages were
welcomed back when those plants closed . A city boy , however , or a stranger
laid ...
≤ƒ 107 ≠∂
The plant organization , as in merchandising , was unbalanced , with too few
people in management and supervision and too many in control and record -
keeping . The imbalance was a result of the manager's effort to control activity
through ... 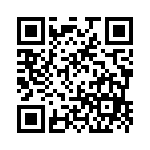