Paul Erdkamp is Research Fellow in Ancient History at Leiden University. He is author of Hunger and the Sword: Warfare and Food Supply in Roman Republican Wars (264–30 BC) (1998) and The Grain Market in the Roman Empire (2005), and editor of The Roman Army and the Economy (2002). 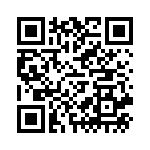