Page 104
TWO ATOMS PER PRIMITIVE BASIS The phonon dispersion relation shows new
features in crystals with two or more atoms per primitive basis. Consider, for
example, the NaCl or diamond structures, with two atoms in the primitive cell.
Page 245
Tight Binding Method for Energy Bands Let us start with neutral separated atoms
and watch the changes in the atomic energy levels as the charge distributions of
adjacent atoms overlap when the atoms are brought together to form a crystal.
Page 620
We call one simple cubic lattice a and the other b: the bcc structure is composed
of the two interpenetrating sc lattices, and the nearest neighbors of an atom on
one lattice lie on the other lattice. If there are N atoms A and N atoms B in the
alloy, ...

Charles Kittel did his undergraduate work in physics at M.I.T and at the Cavendish Laboratory of Cambridge University. He received his Ph.D. from the University of Wisconsin. He worked in the solid state group at Bell Laboratories, along with Bardeen and Shockley, leaving to start the theoretical solid state physics group at Berkeley in 1951. His research has been largely in magnetism and in semiconductors. In magnetism he developed the theories of ferromagnetic and antiferromagnetic resonance and the theory of single ferromagnetic domains, and extended the Bloch theory of magnons. In semiconductor physics he participated in the first cyclotron and plasma resonance experiments and extended the results to the theory of impurity states and to electron-hole drops.

He has been awarded three Guggenheim fellowships, the Oliver Buckley Prize for Solid State Physics, and, for contributions to teaching, the Oersted Medal of the American Association of Physics Teachers, He is a member of the National Academy of Science and of the American Academy of Arts and Sciences. 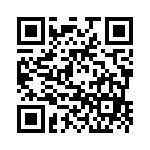