Page 2
... according to very different criteria : field , scope , ideological colouring ,
implementing agency , and so on . ... such as Lowi , Salisbury and Wilson , is that
public policies must be classified according to the conditions in which they are
adopted ...
Page 5
according. to. the. mere. number. of. the. people. it. benefits and damages ,
seems to be regulatory - specific or general , could be the result of powerful
clashes between ideological stands , and therefore must be labelled divisive , as
in the ...
Page 6
Again very roughly and tentatively ( because some concrete instances could
belie the following correlation ) , we could choose to rank the above said types of
policy , according to their degree of substantive difficulty , in the following way ... 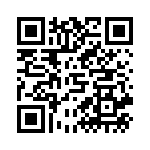