Page 25 - Increase in temperature increases the chaotic molecular motions of the chains and thus increases the tendency toward the more random state. As a result there is a decrease in length at constant force, or an increase in force at constant length. This is strikingly similar to the behavior of a compressed gas, in which the extent of deformation is given by the reciprocal volume 1/V. The pressure of the gas is largely entropically derived, with increase in deformation (increase in 1/V) also corresponding...
Appears in 8 books from 1982-2007
Page 113 - Segments close together in space were linked irrespective of their locations along the chain trajectories, thus resulting in a highly random network structure in which the number and locations of the cross-links were essentially unknown. New synthetic techniques are now available, however, for the preparation of "model" polymer networks of known structure.42'48 An example is the reaction shown in Fig.
Appears in 11 books from 1982-2007
More
Page 22 - The first requirement arises from the fact that the molecules in a rubber or elastomeric material must be able to alter their arrangements and extensions in space dramatically in response to an imposed stress, and only a long-chain molecule has the required very large number of spatial arrangements of very different extensions. This versatility is illustrated in Fig.
Appears in 8 books from 1982-2007
Page 143 - ... of simulating chain ordering in copolymers composed of two comonomers, at least one of which is crystallizable. Typically, the chains are placed in parallel, two-dimensional arrangements. Neighboring chains are then searched for like-sequence matches that could lead to the formation of crystallites, in order to estimate extents of crystallinity. Chains stacked in arbitrary registrations are taken to model quenched samples. Annealed samples, on the other hand, are modeled by sliding the chains...
Appears in 5 books from 1991-2007
Page 24 - The molecular origin of the elastic force / exhibited by a deformed elastomeric network can be elucidated through thermoelastic experiments, which involve the temperature dependence of either the force at constant length L or the length at constant force [1, 3].
Appears in 10 books from 1982-2007
Less

James E Mark is a Distinguished Research Professor for the department of Chemistry at the University of Cincinnati, Ohio. He has been a Visiting Professor at several institutions as well as having extensive research and consulting experience in industry. His current research interests pertain to the physical chemistry of polymers, including the elasticity of polymer networks, hybrid organic-inorganic composites, liquid-crystalline polymers, and a variety of computer simulations. A Fellow of the American Physical Society, he is also an editor of the journal Polymer. Amongst numerable achievements, he has been awarded the ACS Applied Polymer Science award and was also elected to the Inaugural Group of Fellows (ACS Division of Polymeric Materials Science and Engineering).

Burak Erman is a Professor in the department of Chemical and Biological Engineering at Koc University in Istanbul, Turkey, where he has been since 2002. His research interests are focused on rubber elasticity; polymer and protein physics and engineering, both experiment and theory, including computer simulations. In 1984, he founded and became Director of the Polymer Research Center at Bogazici University, before moving in 1988 to the Sabanci University in Istanbul where he founded the Chemistry and Materials Science Program. In 1991, he received both the Simavi Science Award and the TUBITAK Science Award. He is founder and member of the Turkish Academy of Sciences. 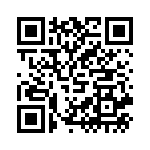