Herbert George Wells, usually known as H. G. Wells, was an English author, best known for his work in the science fiction genre. Wells and Jules Verne are each sometimes referred to as "The Father of Science Fiction". Wells was an outspoken socialist and a pacifist, his later works becoming increasingly political and didactic. His middle period novels (1900-1920) were more realistic; they covered lower middle class life (The History of Mr Polly) and the 'New Woman' and the Suffragettes (Ann Veronica). He was a prolific writer in many genres, including contemporary novels, history, and social commentary. 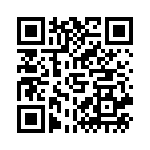