Wideranging, all the expeditions of that time, and a historic glance back to Capt Cook and many others, as well as clear summaries of geological and oceanographic aspects. Who knew that the japanese were there under n unsung hero Shires. Read full review

CHRIS TURNEY is an Australian and British geologist, described by the Saturday Times as 'the new David Livingstone'. He is Professor of Climate Change at the University of New South Wales and the author of Ice, Mud and Blood: Lessons from Climates Past and Bones, Rocks and Stars: The Science of when Things Happened. In 2007 he was awarded the Sir Nicholas Shackleton Medal for outstanding young scientist for pioneering research into past climate change and dating the past and in 2009 received the Geological Society of London's Bigsby Medal for services to geology.
Twitter: @ProfChrisTurney / www.christurney.com 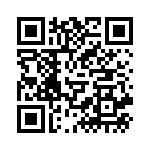