Page xxi
In 1964 , Ruby Doris Smith Robinson , a young black woman who was a founder
of SNCC ( then the Student Non - violent Coordinating Committee ) wrote a paper
on the position of women in that organization . It was laughed at and dismissed ...
Page xxii
The organization , which now has members in every state of the union , as well
as about fifty chapters in twenty - four states , has been called ( by some ,
affectionately ; by others , pejoratively ) " the NAACP of the women's movement ”
because ...
Page 298
T Lesbian and I represent an organization , The Daughters of Bilitis , Inc. ,
working to give me , and the millions like me , the civil rights I don't have but
intend to get . You see , society , or government , or current mores , or a church ,
none of ... 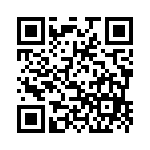