Page
... Singapore, which Australians believed was their main shield against invasion
from Asia, surrendered on 15 February, and 134,000 Allied troops, including
more than 15,000 Australians (mainly men of the 8th Division) were taken
prisoner.
Page
The Battle of El Alamein began on the night of 23 October 1942, when a
thousand Allied guns laid down a tremendous barrage, followed, at 10 p.m., by
an attack under the light of a full moon. For the first time since the Germans
arrived in ...
Page
In support of Allied advances by land and sea along the north coast of New
Guinea, American and Australian paratroops successfully carried out a landing at
Nadzab, on the Markham River, on 5 September 1943. The drop was hidden
from ... 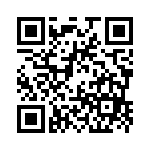