It’s difficult to be sympathetic sometimes. This is no where more problematic than with the Jehovah’s Witnesses. With an evangelistic strategy that feels more like a call centre than good news, it’s ... Read full review

I highly recommend it; it's insightful and well detailed.
If you are studying their bibles/literature....do yourself a favor! read outside of what they present in front of you, and question every word they say. You will soon realize how this whole movement works! simply misleading weak minds, and the uneducated that is why they discourage higher education and/or reading/searching material beyond what the Watchtower produces in its 6th floor. Caution!

M. James Penton is a professor emeritus in the Department of History at the University of Lethbridge. 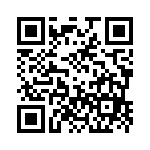