Page 11
The second major enabling technology was electronic amplification. The first
magnetic recorders were developed and built before any practical method
existed for amplifying electrical signals. The voltages induced in the playback
heads were ...
Page 325
When, however, some knowledge of the signal spectrum exists, an equalizer can
be designed to enhance the low- level input signal components, a mirrorlike
inverse equalizer applied during playback. This method assures the maximum
SNR ...
Page 326
Precision Tape Transport Transports for analog recording and playback were
designed to provide a linear motion of the tape with as little speed variation as
possible. This goal is limited by mechanical tolerances, and all transports
therefore ...

About the Editors Eric D. Daniel has worked in magnetic recording since 1947. He worked ten years with the BBC Research Department, three years at the National Bureau of Standards, two years at Ampex, and twenty years at Memorex. As Director of Research at Memorex, Mr. Daniel worked on a wide variety of magnetic recording media, including computer, instrumentation, video and audio tape products, and rigid and flexible disks. In 1979 he was elected as a Fellow of Memorex, and in 1982 he retired from full-time employment.
Denis Mee worked on audio recording for five years at CBS Laboratories. He then worked thirty years at IBM where he specialized in advanced storage technologies, including magneto-optical storage, magnetic recording heads, media, and recording subsystems for computer rigid disks. In 1983 he was elected as an IBM Fellow, and in 1993 he retired from IBM. Dr. Mee continues to represent a consortium of companies supporting storage research at various universities.
Mark H. Clark is Assistant Professor of History in the Humanities and Social Sciences Department at Oregon Institute of Technology. An authority on the early history of audio magnetic recording, Dr. Clark spent the summer of 1996 as a Fulbright Professor at the University of Aarhus, Denmark where he researched the life of Valdemar Poulsen. 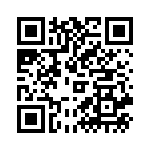