Philip Larkin was born in Coventry in 1922 and was educated at King Henry VIII School, Coventry, and St John's College, Oxford. As well as his volumes of poems, which include The Whitsun Weddings and High Windows, he wrote two novels, Jill and A Girl in Winter, and two books of collected journalism: All What Jazz: A Record Diary, and Required Writing: Miscellaneous Prose. He worked as a librarian at the University of Hull from 1955 until his death in 1985. He was the best-loved poet of his generation, and the recipient of innumerable honours, including the Queen's Gold Medal for Poetry, and the WHSmith Award. 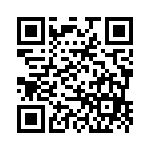