Joanna Mossop is a Senior Lecturer in the Law Faculty at Victoria University of Wellington, Wellington, New Zealand. 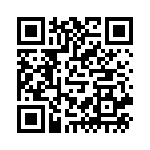