Page viii
... automation, Basic English, city planning, cybernetics, diplomacy, the
increasing life span, interplanetary travel, the managerial revolution, Marxism, the
new pharmacology, psychoanalysis, world government, and a thousand other
valuable ...
Page 9
Psychoanalysis has gone on to probe into many corners of man's deeply
unconscious nature and has laid bare the orderly meanings behind many a
bizarre contradiction. Experimental psychology has defined more exactly the
ways in which ...
Page 155
It is partly from this conception that psychoanalysis has developed its notion of "
overdetermination." Reversing the image and looking backward rather than
forward, one may trace any act to an infinitude of preconditioning circumstances,
... 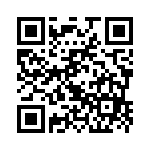