Page 103
Since atomic volumes are of the order of 10-24 cm " , there are of the order of
1018 or more atoms in the volumes of macroscopic interest . ... The averages will
be over a macroscopically ܘܝܠܬ So ex s E ) small volume AV , [ Sect .
Page 159
The equivalence of a uniform magnetization throughout a certain volume to a
surface - current density c ( M x n ) over its surface is a general result for
arbitrarily shaped volumes . This equivalence is often useful in treating fields due
to ...
Page 640
... 199 Vector Green's theorem, 283 f. Vector potential, for time-varying fields, 179
Vector theorem, with surface and volume integrals, 284 with vector spherical
harmonics, 556, 568 Wave packets, spreading in time, 215 Waves, Alfven, 331,
344. 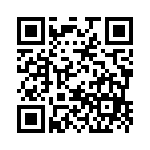