This is one of the best books of the type that I have ever read. It gives a clear blueprint to how we can save the world from ecological disaster. I think often of sending this book to Congresspeople ... Read full review

The author lays out a compelling case for economic evolution; he argues convincingly that we need to adjust our economic system to include "natural capital", and that our GNP needs to be adjusted to include damage to natural resources in the costs of products. Read full review

Paul Hawken is an environmentalist, educator and best-selling author. He is known worldwide as on of the leading architects and proponents of corporate reform with respect to ecological practices. He is founder of several companies and author of numerous articles and scientific papers and of six books (published in over 50 countries, in 27 languages) including The Next Economy, Growing a Business and The Ecology of Commerce (voted in 1998 the number one college text on business and the environment by professors in 67 American business schools). He has served on the board of numerous organizations including Conservation International, Friends of the Earth and the National Audubon Society. He is the recipient of several honorary doctorates and the 1999 Green Cross Millennium Award for International Environmental Leadership from President Mikhail Gorbachev.Amory B Lovins and L Hunter Lovins are co-Chief Executive Officers of Rocky Mountain Institute which they co-founded in 182 in Colorado, USA. Physicist Amory Lovins is a MacArthur Fellow and the recipient of the Onassis Prize, the Heinz Award and six honorary doctorates, having been perhaps the youngest Oxford don in recent centuries. Hunter Lovins is a sociologist, political scientitst and barrister. The Lovinses have held visiting academic chairs and have been joint recipients of the Mitchell Prize, the Right Livelihood Award (the 'alternative Nobel Prize'), the Lindbergh Award and the Nissan Prize. Their pioneering technical, economic and policy work has been enormously influential in the energy, construction and car manufacturing industries. Consultants to scores of companies worldwide, they are co-authors of the best-selling Factor Four: Doubling Wealth, Halving Resource Use (with Ernst von Weizsacker) and of 25 previous books. 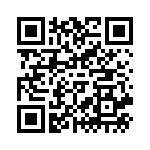