Donna Tartt was born in Greenwood, Mississippi on December 23, 1963. She wrote her first novel while attending Bennington College, where she graduated in 1986. The novel, The Secret History, was published in 1992. Her other works include The Little Friend, which won the WH Smith Literary Award in 2003, and The Goldfinch, which won the Pulitzer Prize in 2014 for Best Fiction, the National Book Critics Circle Award in 2013 and the Andrew Carnegie Medal for Excellence for Fiction. In 2014, Time named Tartt among their 100 Most Influential People. 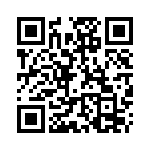