Leah Rose Napolin was born in Brooklyn, New York on April 27, 1935. She received a bachelor's degree from Alfred University in 1956. After graduating, she acted in summer stock, worked for an anthropological research foundation, and taught music in Venezuela. She also taught at Ohio State University. She was a playwriting novice when a friend asked her to write a stage adaptation of the short story Yentl the Yeshiva Boy. Her adaption opened at the Brooklyn Academy of Music in 1974. It moved to Broadway in October 1975 and ran for 223 performances. Her other plays included The Dogs of Pripyat. Her books included Split at the Root: A Novel in Three Acts and War Baby 1935-1950. She died from breast cancer on May 13, 2018 at the age of 83.

Isaac Bashevis Singer (1904-91) was the author of many novels, stories, children's books, and memoirs. He received the Nobel Prize in Literature in 1978. 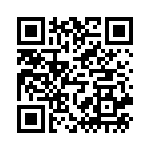