Clive Cussler books, to me, are "fun reads." They rarely require thought and they exist in my little world to balance out the other stuff in my library. They are also, quite often, light on character ... Read full review

Silent Sea is the seventh of the Oregon Files series. The book begins with a prologue set in 1941 where five brothers living in Washington search for buried treasure in a cave. Tragedy ensues, along ... Read full review

Clive Cussler is the author of more than fifty books in five bestselling series, including Dirk Pitt, NUMA Files, Oregon Files, Isaac Bell, and Fargo. His life nearly parallels that of his hero Dirk Pitt. Whether searching for lost aircraft or leading expeditions to find famous shipwrecks, he and his NUMA crew of volunteers have discovered more than seventy-five lost ships of historic significance, including the long-lost Confederate submarine Hunley, which was raised in 2000 with much press publicity. Like Pitt, Cussler collects classic automobiles. His collection features more than eighty examples of custom coachwork. Cussler lives in Arizona and Colorado.

Jack Du Brul is the author of the Philip Mercer series, most recently Havoc, and is the coauthor with Cussler of the Oregon Files novels Dark Watch, Skeleton Coast, Plague Ship, and Corsair. He lives in Vermont. 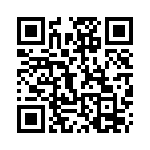