Page 13
Australians generally became actively conscious, not to say selfconscious, of the
distinctive 'bush' ethos, and of its value as an expression and symbol of
nationalism. Through the trade union movement, through such periodicals as the
Sydney ...
Page 49
Even among the few Scottish convicts, some like Macquarie's protégé, Andrew
Thompson, rapidly became rich. Among Scottish immigrants, both assisted and
unassisted, the proportion was undoubtedly much higher." There were probably ...
Page 210
With closer settlement, railways and better roads, many small country towns and
hamlets became smaller or even disappeared, while large towns became larger
and the colonial capitals grew, relatively, almost as fast.” Efficient postal services
... 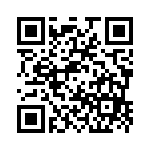