Page xvi
'As apprehended by the literary imagination', Chase writes, 'New England
Puritanism, with its grand metaphors of election and damnation, its opposition of
the kingdom of light and the kingdom of darkness, its eternal and autonomous ...
Page 207
One has only to read the first paragraph to realize one is in the presence of the
Greene whose skill, to quote Zabel, 'puts him in the descent of the modern
masters — James, Conrad, Joyce — in whom judgment and imagination
achieved their ...
Page 242
His range of characters is also narrower than at first sight appears, and very
narrow indeed where women are concerned. Yet, more than any writer of our
time, English or American, he is the novelist of the creative imagination, for the
creative ... 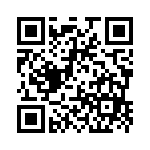