Page 484
It is usually described as “shooting,” “burning,” “tearing,” or “throbbing,” and is
frequently associated with paresthesia. The pain is usually severe and constant
with spasmodic accentuation. It is more frequently seen in the proximal portion of
...
Page 485
In addition, there are special color phenomena seen in vascular disturbances of
the foot that should be recognized. These include acrocyanosis, erythermalgia,
livedo reticularis, Raynaud's phenomena, purpura, ecchymosis and petechia,
and ...
Page 487
Elongation of the foot is seen when there is an arteriovenous fistula appearing
before the closure of the epiphyses of the bones. There are, of course, numerous
causes other than vascular disturbances which can produce leg swelling. 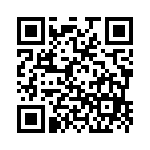