Page 211
In insects , other inorganic ions , especially calcium , magnesium , manganese
and phosphate , are also abundant . In contrast to ticks , insect hemolymph
generally has a remarkably high concentration of amino acids , from ...
Page 377
1983 ) . To a considerable extent , these advances have been facilitated by the
anatomical organization of insects , especially the presence of a distinct head
containing easily distinguished endocrine glands and neurohemal organs . Of
equal ...
Page 388
Almost all of the massive effort behind these accomplishments has been done in
insects . ... has been unambiguously identified in any other non - insect arthropod
, e.g. , spiders , millipedes , ticks , etc. , even though numerous experimental ... 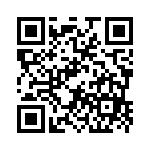