After working for ten years as a clinical psychologist in the UK National Health Service, in 1979 Nick Heather developed and led the Addictive Behaviours Research Group at the University of Dundee. In 1987 he became founding Director of the National Drug and Alcohol Research Centre at the University of New South Wales,Australia. He returned to the UK at the beginning of 1994 and is now Emeritus Professor of Alcohol and Other Drug Studies at Northumbria University. He has published many scientific articles, books, book chapters and other publications, mostly in the area of addictions and with an emphasis on the treatment of alcohol problems.

Tim Stockwell has been Director of the National Drug Research Institute, Curtin University, Western Australia (formerly the National Centre for Research into the Prevention of Drug Abuse) since June 1996 and served as Deputy Director for seven years prior to that. He studied Psychology and Philosophy at Oxford University, obtained a PhD at the Institute of Psychiatry, University of London, and is a qualified clinical psychologist. He served as Regional Editor for Australasia of the journal Addiction for 6 years and has published over 140 research papers, book chapters and monographs, plus several books on prevention and treatment issues. His current interests include alcohol taxation, liquor licensing legislation and the assessment of alcohol consumption and related problems at the community, regional and national levels. He has worked as a consultant to the World Health Organization and the United Nations Drug Control Program. 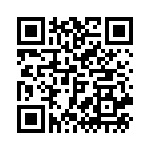