Page 19
Many cable TV companies offer Internet access in addition to the traditional roster
of movie channels, network television, and specialty channels. This type of
Internet access, often referred to as "cable modem service," is offered to a cable ...
Page 20
These networked computers offer an always-on connection, similar to cable
modem service. School and business networks do not, however, typically access
the Internet via a cable company. Instead they use a high-speed
telecommunications ...
Page 21
An ISP usually specializes in one type of service, so a company that offers dial-up
connections is not likely to also offer cable connections. If you want a particular
type of service — cable modem service, for example — you might not have a ...

61 other sections not shown

June Parsons and Dan Oja purchased their first computer, an Apple II+, in 1981 and quickly became fluent in BASIC, dBASE II, Lotus 123, WordStar, and a variety of accounting programs. The next year, they opened a successful small computer retail store that also offered software instruction to children and adults. June taught at the university level for more than 20 years, has a doctorate in Educational Technology, and was certified by the ICCP in 1995. June and Dan began writing and creating educational software for Course Technology in 1992. They contributed to the Windows for Business and Illustrated Series and developed the New Perspectives, e-Course, and Practical series. They work via the Internet with a team of highly skilled media specialists and desktop publishers located in various states and provinces. 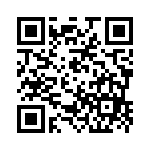