Page 503
CHAPTER FOUR THE SECOND COUNCIL 1-4 Ajātasattu's son , Udayabhadda ' , the traitor , put him to death and reigned sixteen years . Anuruddha , the son of Udayabhadda , slew him and Anuruddha's son , named Munda , killed him .
Page 505
To settle these Points , bhikkhus were selected to the committee of arbitration four from the East and four from Pāvā . Sabbakāmi , Sāļha . Khujjasobhita and Vāsabhagāmika were the theras of the East . The four theras from 505 Mahavamsa ...
Page 696
This same king had four beautiful Buddha - images and likewise a house for the images made in the beautiful compound of the great Bodhi - tree . 61 90-91 The consort of the king , by name Pottha , built there , itself , an attractive ... 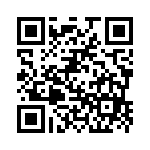