Page 7
He looked around moodily - three houses down his lane, all of them saved in the
last riots, because of his father, lay in ashes today Our peaceful nation, he
thought, our religious, people, how violent they were when it came to a national ...
Page 8
But there had been no hesitation in his father's voice, no indecision when he said
, •It is out of the question, Chitra, you know it, let's not get hysterical about it, I'm
not on some suicidal squad, and really not cut out to be a hero. And you can't ...
Page 14
He sat behind his father on the carpet and watched him pour water from a small
jug into a cup until the cup overflowed. From the whispers he had gathered that
the overflowing cup would carry over into mother's new life, merit earned for her
by ... 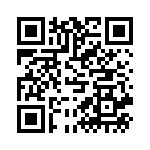