Page 26
Heroic narratives are productive and constitutive , operating by harnessing utopic
identifications through the focusing and configuration of desires . The heroic
promises the reader a self - in - process , which is also a self - in - relation , to its ...
Page 76
may be centred replays a warped feminist dynamic intended to release Women '
s desire . However , Stephen ' s sacrifice is predicated on a fundamental
misreading of Mary – she reads Mary as a Woman , the idealized category ,
rather than ...
Page 81
economy of desire , the foundational structure of difference - man / woman ,
active / passive – is intrinsic and essential to heterosexuality ' s reproduction .
Within heterosexuality , difference and antagonism are eroticized . Difference
produces ... 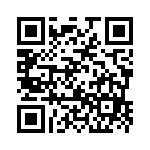