Jan Karlsson, PhD, has conducted academic research on muscle metabolism for more than 30 years and on radicals and antioxidants for more than 15 years.

Karlsson served as a visiting professor in the Institute for Biomedical Research at the University of Texas-Austin from 1981 to 1991. He was director of the Human Performance Laboratory at Karolinska Hospital in Stockholm, Sweden, from 1977 to 1982, and acting professor in sport exercise physiology at the Karolinska Institute from 1974 to 1977. Karlsson received his DrSci in 1971 and completed his post-doctoral work at Parkland Memorial Hospital in Dallas, Texas, in 1974.

Karlsson has written more than 250 articles and reviews about muscle physiology, molecular cardiology, exercise physiology, clinical cardiology, and drug testing, and he serves as a consultant to several major international pharmaceutical companies. He has received awards for his contributions in exercise medicine and drug development in Finland, the former West Germany, and Japan. 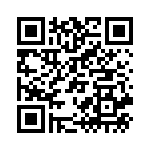