Eleanor of Aquitaine lived in the 12th century. She was initially wed to King Louis VII of France, but when they only produced daughters, they went their separate ways and Eleanor then married King ... Read full review

Alison Weir was born in London, England on July 8, 1951. She received training to be a teacher with a concentration in history from the North Western Polytechnic. Before becoming a full-time writer, she worked as a civil servant and ran her own school for children with learning difficulties from 1991 to 1997. Her first book, Britain's Royal Families, was published in 1989. Her other books include The Six Wives of Henry VIII; Children of England; Eleanor of Aquitaine; Henry VIII: King and Court; Mary, Queen of Scots; and Isabella. Her first novel, Innocent Traitor, was published in 2006. Her other novels include The Lady Elizabeth, The Lady in the Tower: The Fall of Anne Boleyn, The Captive Queen, and A Dangerous Inheritance. 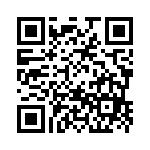