Richard Burt is Professor of English and Film and Media Studies, University of Florida. He is the author of Unspeakable ShaXXXspeares: Queer Theory and American Kiddie Culture; Licensed by Authority: Ben Jonson and the Discourses of Censorship; and the editor of Shakespeare After Shakespeare; Shakespeare After Mass Media; and The Administration of Aesthetics. Burt also co-edited a special issue of Exemplaria on “Movie Medievalism” and held a Fulbright scholarship in Berlin, Germany from 1995–96. 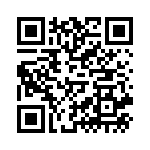