Page 23
The material unity of the book ? Is this the same in the case of an anthology of
poems , a collection of posthumous fragments , Desargues ' Traité des Coniques
, or a volume of Michelet ' s Histoire de France ? Is it the same in the case of ...
Page 24
But it is at once apparent that such a unity , far from being given immediately , is
the result of an operation ; that this operation is interpretative ( since it deciphers ,
in the text , the transcription of something that it both conceals and manifests ) ...
Page 46
We sought the unity of discourse in the objects themselves , in their distribution ,
in the interplay of their differences , in their proximity or distance - in short , in
what is given to the speaking subject ; and , in the end , we are sent back to a
setting ... 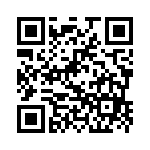