WOW--nice job to Mr. Williams on this self help book--if you are looking for 10 simple steps to make your life more meaningful--then this book is for you. He has engaged the reader on true stories, real life steps and how to promote those in day to day activities. Read full review

Pat Williams is the senior vice president of the NBA's Orlando Magic as well as one of America's top motivational, inspirational, and humorous speakers. Since 1968, Pat has been affiliated with NBA teams in Chicago, Atlanta, Philadelphia, including the 1983 World Champion 76ers, and now the Orlando Magic which he co-founded in 1987 and helped lead to the NBA finals in 1995. Pat and his wife, Ruth, are the parents of nineteen children, including fourteen adopted from four nations, ranging in age from eighteen to thirty-two. Pat and his family have been featured in Sports Illustrated, Readers Digest, Good Housekeeping, Family Circle, The Wall Street Journal, Focus on the Family, New Man Magazine, plus all major television networks. 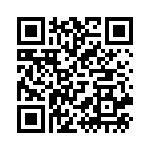