Page 38
But a difficulty then arises when the given plane is parallel to a certain
crystallographic axis, because such a plane does not intercept that axis, i.e., its “
intercept” can only be described as “infinity.” To avoid the introduction of infinity
into the ...
Page 276
Or a given reflection may be of abnormally high intensity, which would indicate
that the corresponding planes were preferentially oriented parallel or nearly
parallel to the sheet surface. As an illustration, the 200 diffractometer reflection
from a ...
Page 494
For such crystals, bi, b2, and b8 are parallel, respectively, to a1, a2, and ag, while
b1, b2, and b8 are simply the reciprocals of a 1, a2, and a3. In Figs. A 15–4 and
A15–5, four cells of the reciprocal lattice are shown, together with two H vectors ... 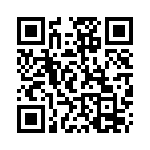