Page 24
Yes , ' continued the Argus , listen , dusky fellow - subject , for there comes
Christian England ; the great , the powerful , the intelligent , the good ! There
comes Christian England , who , if you were strong enough to demand a price for
your ...
Page 85
By then all talk of England ' s righteous cause , so enthusiastically defended by
the press in the middle of 1854 , and of the Czar as a barbarian , had vanished
from the columns of the newspapers . It was also heard no more on the lips of
those ...
Page 258
During his years in England in 1861 - 2 he had sought the company of those who
already sat in the halls of fame , rather than those to whom he was drawn by the
bonds of similarity of background or temperament . He fawned before and ... 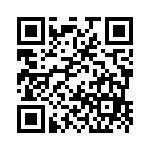